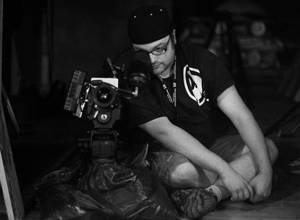 Discovered as a child washed up on the banks of the Columbia River – wearing only a Wolf Pelt and an ancient silver locket. Inside the locket read an inscription that simply said “Heart of the Kootenays” and had a native style image of an Elk Heart carved into the worn silver. Recently moved home to the Kootenays from Vancouver

Jeremy has a double Dip’er: Diploma in Media Production 2003, Diploma 3D animation and Visual Effects 2012 – Over 10 years experience in Film and Video Production and Direction. Most of Jeremy’s experience is in short form commercials, bumpers, Music Videos and intro’s for Film, Broadcast and Web. Motion Graphics and Visual Effects is where most of his time is spent. He worked for some of the biggest production companies in Action Sports and is currently working for Sherpas Cinema as Visual Effect Supervisor.