The Himalaya – Meeting the real sherpas

“Meeting the real Sherpas was one of the most inspiring things I have ever experienced in my life,” Mossop says back in Whistler while reviewing the incredible footage he brought back from this trip.

“When you’re traveling to the Himalaya you’re thinking about seeing huge mountains, but what turned out being even more powerful was the culture.  I am now certain that long-distance heavy-load carrying should be an Olympic sport, because if it was Nepal would redefine humanities’ perception of fitness, and bring home some gold.  A 100kg load at sea level is insane, but at 19,000ft it’s just ridiculous.  My mind was completely blown by their physical fitness, but equally inspired by their humble nature, kind mannerisms, and spiritual connectedness to the mountains.  They are true mountain people, and all of us who love mountains can learn something from their way of life.” 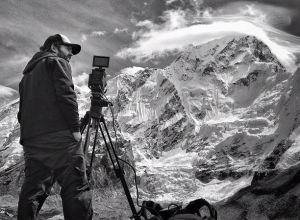 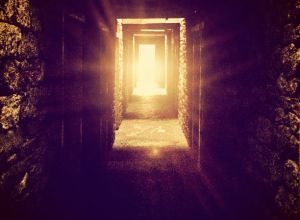 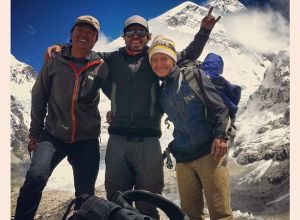 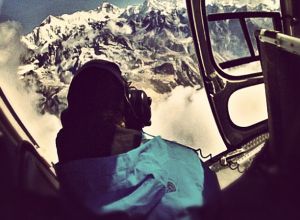 Cinematographer, artist, and professional climber Renan Öztürk (currently nominated as National Geographic’s Adventurer of the Year) joined Mossop and Bushy to help capture imagery.  Planned as a filmmaking vision-quest safari, without specific ski-objectives, the three journeyed through the biggest mountains on the planet seeking only inspiration.

“Renan is hands down one of the most impressive humans I have ever met.” says Mossop, “once you learn his story in Camp 4 Collective’s new film Meru, you will certainly agree.  Aside from being unfathomably hard core, his work ethic is unstoppable and his knowledge of the Himalaya was an incredible asset.”  As one of the world’s leading climbers, Renan has traveled to Nepal for over 10 years, bagging huge peaks and learning to speak fluent Nepalese.  “The type of imagery we found ourselves capturing was directly related to Renan’s lifetime of hard work in Nepal.  I was truly humbled to be working alongside such a talented and driven person.” 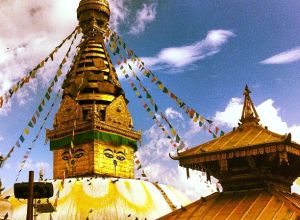 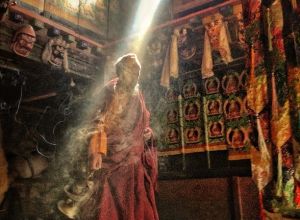 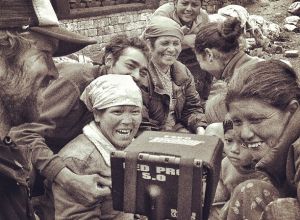 The three were accompanied and guided by Panuru Sherpa and Subash Sherpa from the high village of Phortse, as well as eight porters who hauled cranes, dollies, cameras, and all kinds of other photography gear to the base of Everest.  Not a trivial task. “Since we didn’t have a skiing or climbing objective in mind, we kinda went crazy with the photography toys,” laughs Mossop.  With their mountain of gear, the team hoped to capture the most spectacular shots and angles ever seen of this phenomenal region of the world.  Upon returning home, they did not seem disappointed.