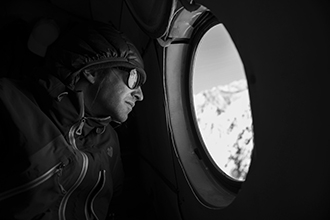 Eric Crosland, Director of Sherpas Cinema, was born in Calgary Alberta. Growing up, the Rocky Mountains proved to have left an imprint of nature on Eric’s life that has manifested itself in his films.

Eric graduated from Capilano college in 2004 with advanced degree in motion picture production. Over his career in the film industry he has created over 162 episodes of television, 10 feature length films and 4 broadcast commercials. Eric now truly enjoys working in the collective of artists at Sherpas Cinema. He currently lives with his wife and three children in Nelson, BC.