Working in the adventure filmmaking business is a portal to endless adventure, with no shortage of opportunities for new experiences and world travel.  Our trips to the edges of the earth fuel the passion for what we do and would be traded for nothing. However, there are days after long seasons and many days on the road, that we can’t help but long for the comfort and familiarity of where we are from….

The grounding promise of a homecoming made us incredibly excited to take on a project for Ski Banff Lake Louise Sunshine, Banff Lake Louise Tourism, Travel Alberta, Sunshine Village, Lake Louise Ski Resort and Mt Norquay this year— filming alongside many of our old friends and visiting the majestic mountains that we grew up in. Spending time at Lake Louise, Sunshine Village, Mt. Norquay and the surrounding backcountry brought back amazing memories and gave us the opportunity to reconnect with the mountains that raised us.  The best part of all was re-uniting with many of the passionate skiers who also grew up in the area. We caught up with one of our raddest Rockies raised skiers  Chris Rubens after the shoot, to find out how he felt about the trip home. 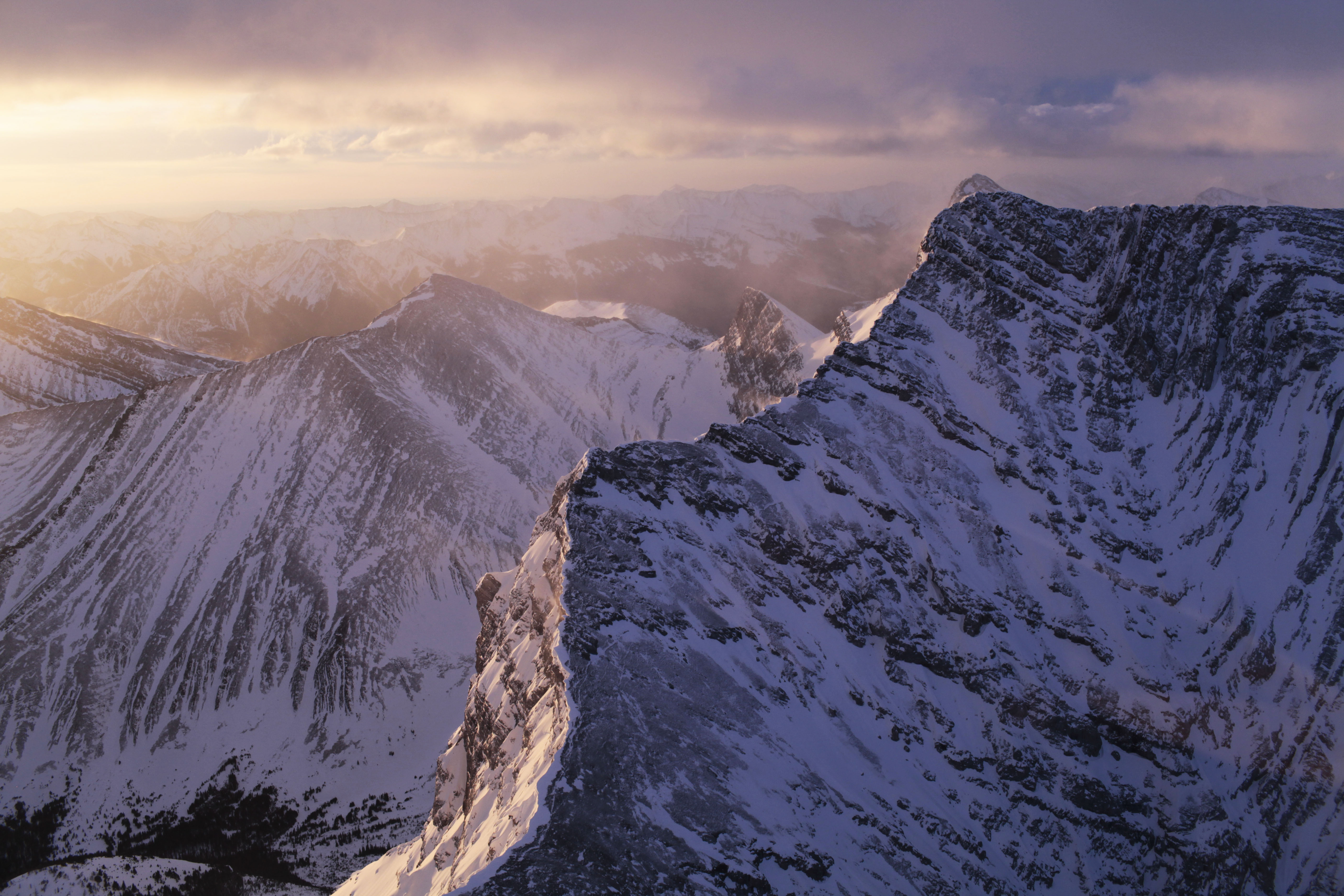 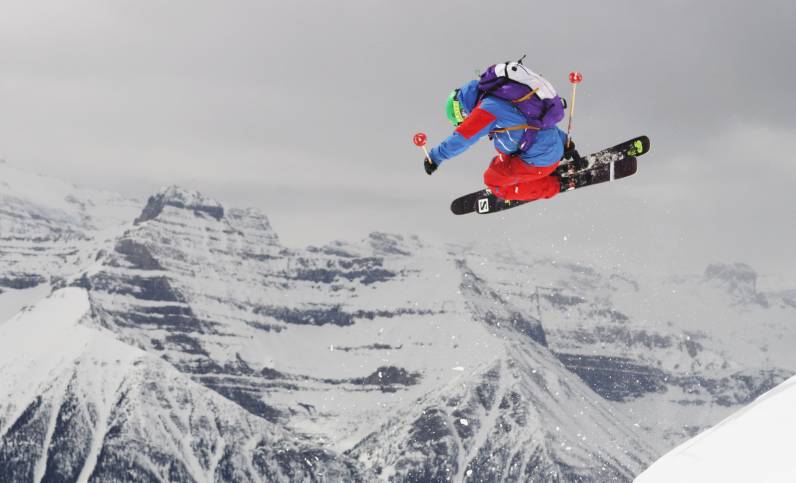 It was awesome to see you back on your home turf for those few weeks Chris.  How did growing up in a place like the Alberta Rockies influence your ski career and love for the mountains?

Chris: Growing up in the Rockies greatly influence my ski career by giving me a love and respect for the mountains that has made me appreciate ever moment in them. As important as the mountains are, the Rockies breed humble and passionate mountain people that make the place truly special.

What makes the Rockies a unique place to ski?

Chris: From the incredible people to the vast amount of mountains at your fingertips the Rockies are truly an incredible place to ski. The mountains are big and gnarly with a snowpack that isn’t always 100 percent, this makes you very in tune with what the mountains are doing. It also makes it very rewarding when you get to the top of something and ski it. The ski hills have some of the best fail line skiing out of any ski hills in the world. Big alpine features with lots rocks, cliffs, chutes and open faces that let you really open up your turns. 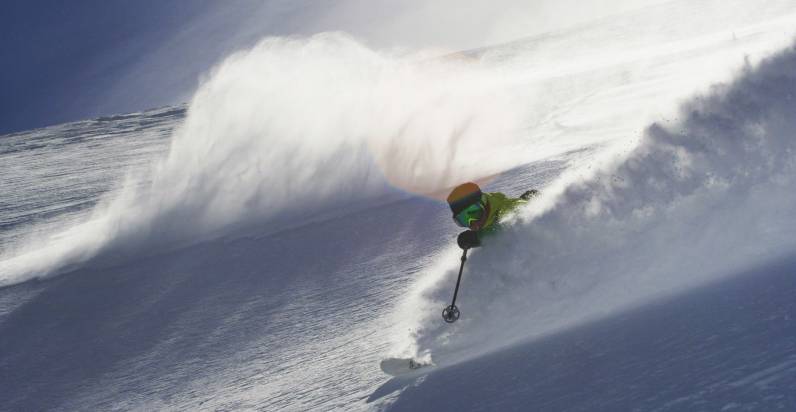 You mentioned earlier how the Rockies breeds some pretty special mountain people. You have influenced a number the younger skiers in the area through coaching and being connected to the local freeride programs- how does it feel to be back and shredding with kids that you might have coached at one point?

Chris: There are so many awesome kids programs at the ski hills in the Rockies. Skiing is a huge part of life for a lot of families in the area and it is natural for them to go into programs.  The Rocky Mountain Freeriders have been a big part of my ski life. I joined the program when I was 16 with influential coaches such as Kevin Hjertaas, Guy Mowbray and Eric Hjorleifson. The next year I started coaching for them and I continue to try and make it out for at least a day or two every year. This program not only teaches them how to shred hard but it shows them the skiing lifestyle and shows them a love of the sport. Unlike many ski programs that spend much of their focus is directed to goals and achievements, this program focus on fun and beauty of the sport and subsequently turns many of the participants into lifelong skiers. We just spent two days shredding around with the current RMF’ers and they haven’t skipped a beat. So fired up on skiing and fun, and shredding hard fast lines all the while. Going out with them makes you step up your own game because they are just so dang good. 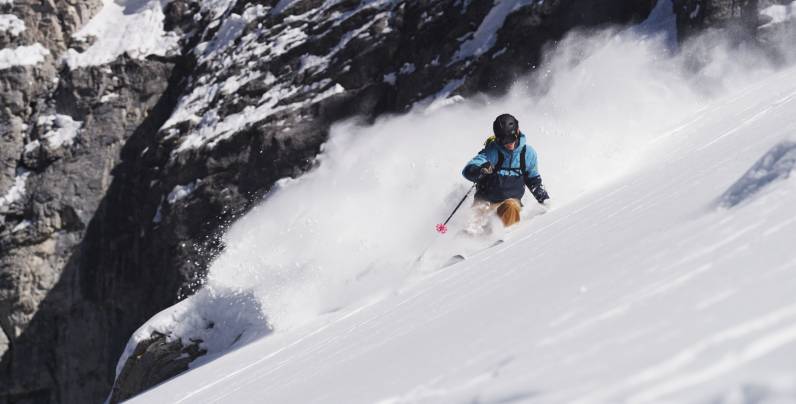 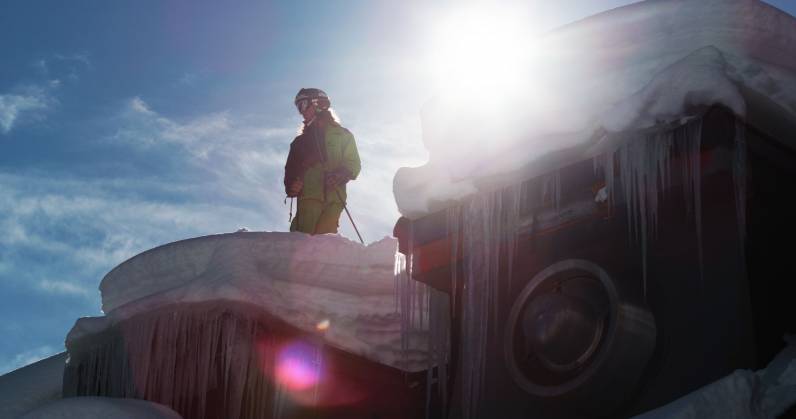 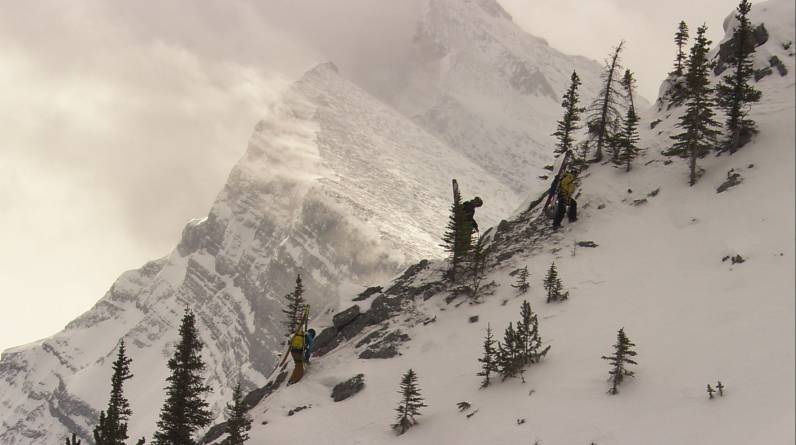 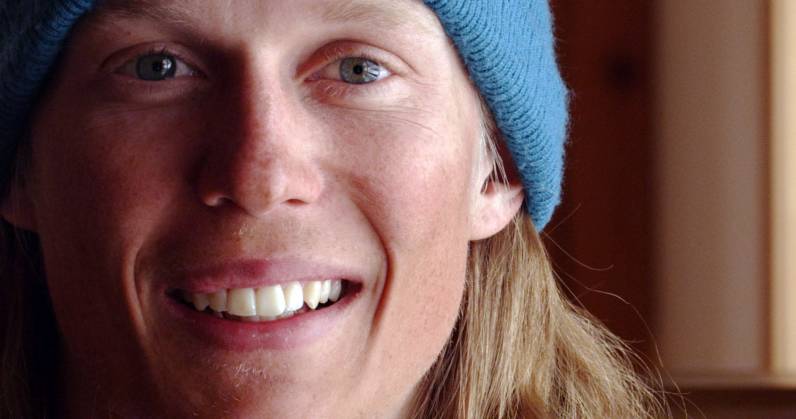 You were able to ski some sweet lines while on location for the Travel Alberta shoot. Did you tick any lines off your Rockies Bucket List?

Chris: The week had lots of ups and downs. When we first got there everyone was pretty spooked with really weird and sketchy avy conditions. Over the week we got a good warm up that really stabilized the snowpack and things started to open up. The ski patrols at both hills were incredible, keeping terrain closed for us and letting us into permanently closed areas. It was awesome to shred some of these areas for the Sherpas film cameras, with no moguls, good snow and how they really should be done. During the middle of it Eric (Hjoreleifson) and I got incredibly lucky and managed to get to the top of a lesser known couloir in the middle of Castle Mountain. With a lot of luck and perseverance we managed to top out on this magnificent mountain and had one of the top of ski runs of the year. It was pretty awesome to capture this on film with Sherpas Film and a Cineflex. The week wasn’t without its failures, a failed attempt on Mt Ptarmigan due to being too late and too warm and also a failed attempt on the Sickle on Mt Victoria due to high winds and snow transport. Can’t win them all. 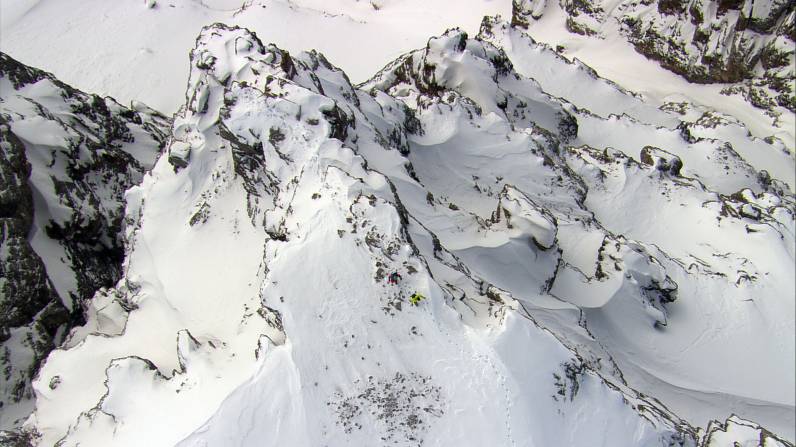 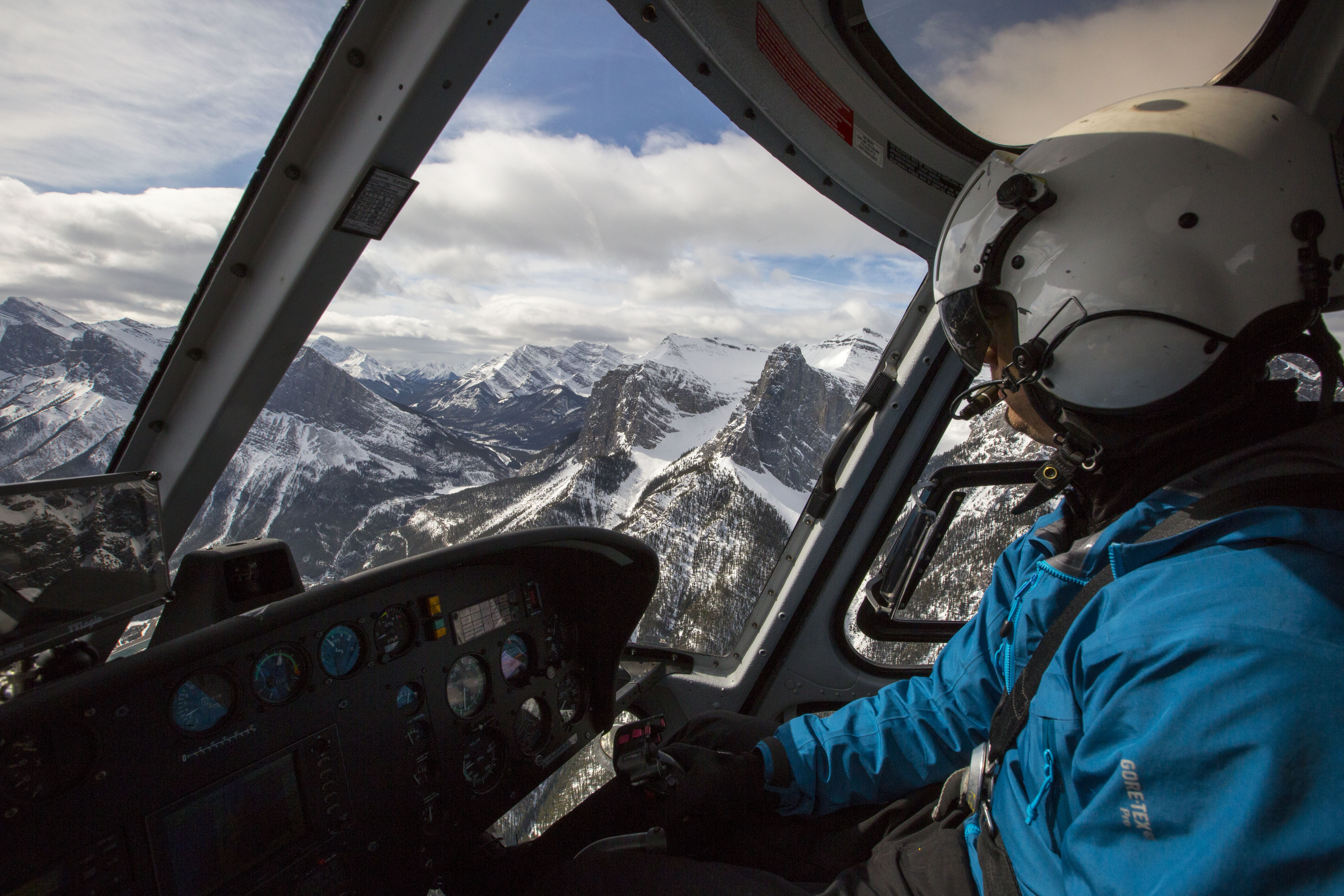 What’s it like returning to the place you learned to ski now that you have developed your ski mountaineering skills?

Chris: The Rockies is where I started to develop my ski mountaineers skills, which are definitely more ski based than mountaineer. Over the years of coming back here every spring and gathering experience in different places all over the world, this place continues to humble me like no other. The potential is endless and the lines are huge, the day has to be pretty much perfect to get to the top of these beauties, when it does happen it, it is really special. As my experience grows the lines keep getting bigger and scarier, the failure rate seems higher as I would consider my risk vs reward tolerance is fairly low in the fact that it needs to be really awesome/perfect to put it out there.

Ah yes, the risk tolerance equation is always a tough one. It helps having good ski partners out there though. You were able to reconnect with some long-time friends who were all raised by the same mountains on the Travel Alberta shoot… Can you describe the vibe and connection within the crew that was out there?

Chris: Some of my best friends live in the Rockies so it always great to come back and hang out with them. The hospitality in the Bow Valley is really special, with people truly going out of their way to accommodate you. It is great to see so many familiar faces and friends that are perpetually stoked on life.

How have these people and their perpetual stoke influenced you over the years?

Chris: A lot of these people show you how to shred hard, treat the environment with respect and are always humble. Seems like some good qualities to aspire to and be influenced by when you are growing up. Andrew Sheppard, Kevin Hjertaas, Don Smith, Guy Mowbray, Jim Read, Damien Cromwell, Brett Carlson,  my parents and the list goes on but these are all incredible human beings that I am forever grateful for. A lot of the people in valley have been so supportive and stoked on what we have managed to do with our ski careers. It is really humbling to come back and be a part of such an amazing community. 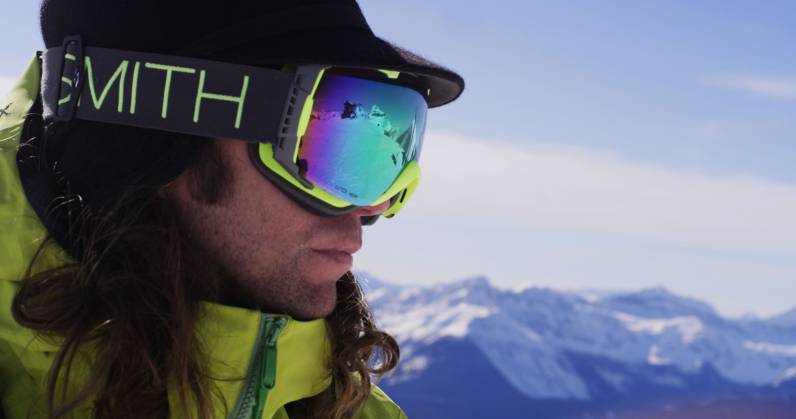 What is it like to be back shredding with your bud Eric Hjorleifson on your home turf?

Chris: Our winter lives have become very busy so any trip that we get to go on is awesome, one to the Rockies is even better. Generally speaking we try and make a spring pilgrimage to the Rockies every year but it has been a while since we have got a chance to rip around the ski hills with friends. It feels like full circle to be on a shoot with Sherpas Cinema, Eric and crew in the Rockies. I didn’t think it would affect me that much but it has been really cool to come back. I have definitely have re- fallen in love with the Rockies all over again. The skiing, the mountains the community it really is something very special.

You and Eric have skied together forever and have been on some wild trips together over the years. What makes him a good friend and ski partner?

Chris: It has truly been a blessing to be able to shred around the world doing media trips with your best friend. I still really can’t believe that this is our jobs. We have done so many trips and missions over the years that we have our systems pretty dialled. When we are skiing a big line or on trip there is a lot of times when we don’t really have to speak to each other. We are pretty much always on the same page with very little disagreement. Our communication is always on point and after so many missions and experiences there isn’t anyone in the world that I trust more. With all these qualities, you can really do something special in the mountains given the opportunity and conditions. 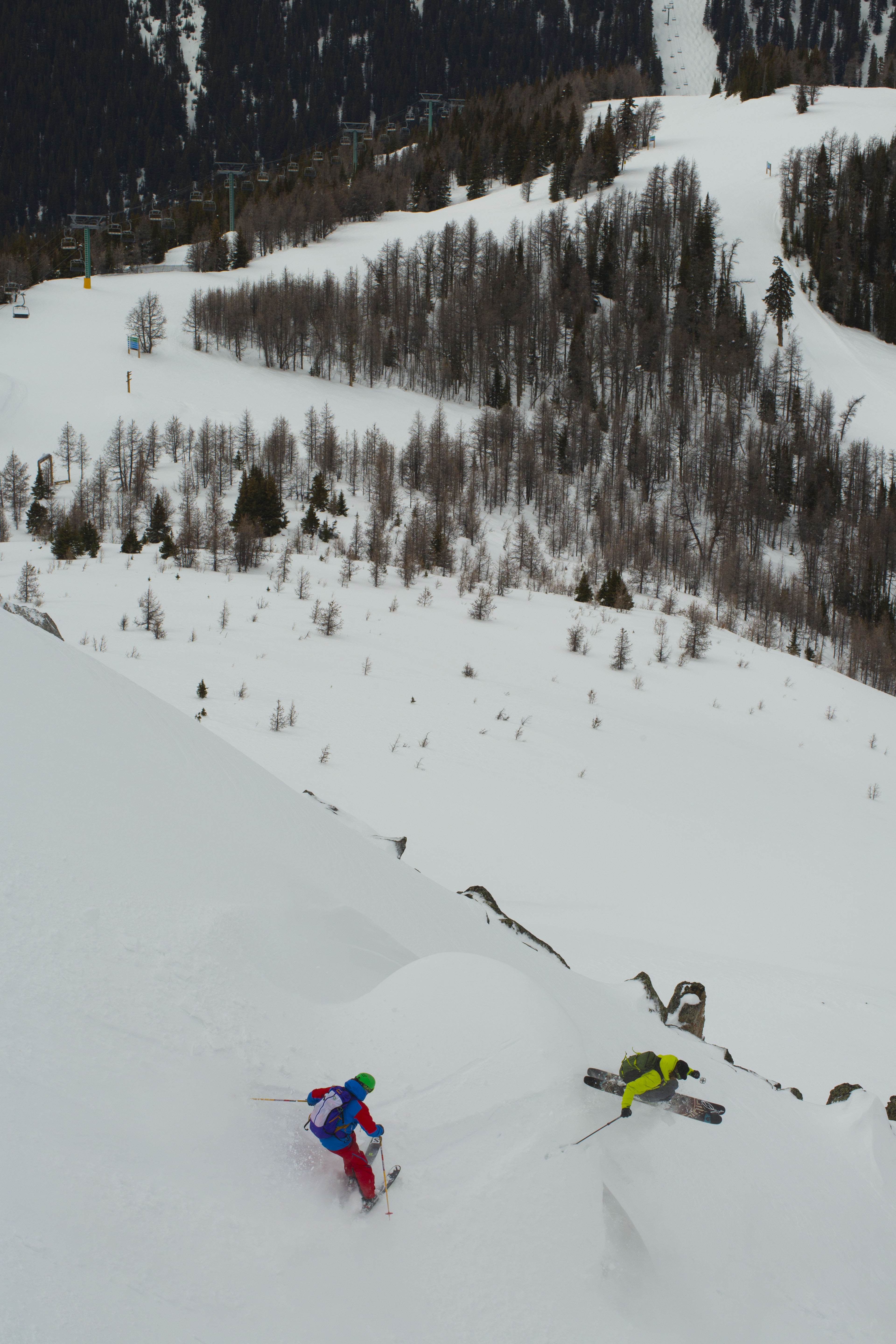 And so you have… Any favorite childhood memories that involve the Rockies crew that have resurfaced over the past few weeks?

Chris: Definitely spent a bunch of the week relishing old memories of skiing lines, partying too hard, old friends and great times. Too many great times and epics to nail one down.

Anything else you want to highlight about the Travel Alberta shoot?

Chris: I just really want to thank the Sunshine Village Ski Patrol and Lake Louise Ski Patrol, without them things would have not gone nearly as smoothly. Lots of hard work and effort beforehand really paid off. Also the marketing crews at both resorts and also travel Alberta. Big thanks to the Sherpas for putting this all together, always special and a pleasure. 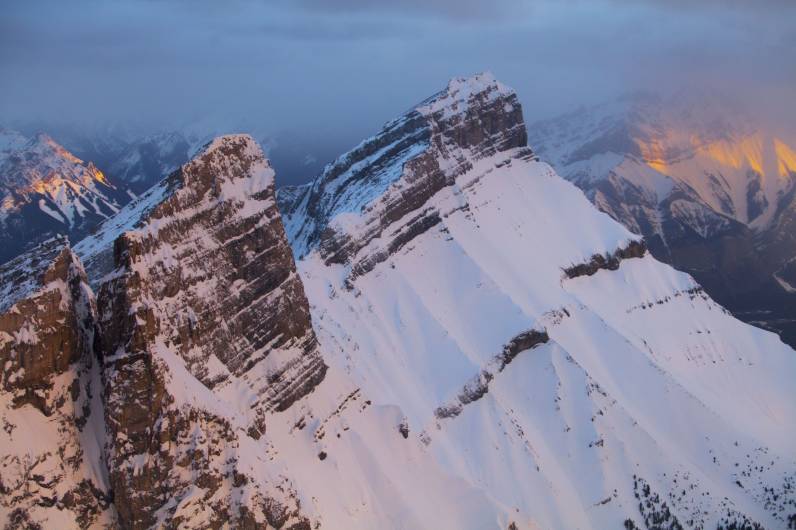 We could not have such a successful shoot without the hardworking skiers that joined us and amazing support from the patrol teams at Lake Louise, Sunshine and Mt. Norquay. Thanks to all and stay tuned for the release of the Alberta Rockies Project!

One Response to “Alberta Rockies Shoot | The Rockies Reunion Tour”