Every year as the film tour season wraps up and the ski season kicks into high gear- Powder Magazine hosts the industry’s best filmmakers, athletes and photographers in Salt Lake City, UT to honour groundbreaking cinematography and athletic performances at the Powder Video Awards.

This year marked the 14th Annual Powder Video Awards– an event that has evolved almost as much as the sport if has celebrated over the past decade and a half. “This was one of the most challenging years to be a judge of the Powder Awards,” says POWDER Editor John Stifter. “Between Best Jib and Best Line alone, we had more deliberation with the panel than ever. Add in Best Female, Best Male, and Movie of the Year, and it’s a stacked lineup of nominees. I can’t wait for the public’s reaction to the winners in Salt Lake City, as it really speaks to the high level of skiing and cinematography in our sport.” –www.powdermag.com

Director Eric Crosland of the Sherpas was thrilled to accept the Award for Best Cinematography for Into the Mind. 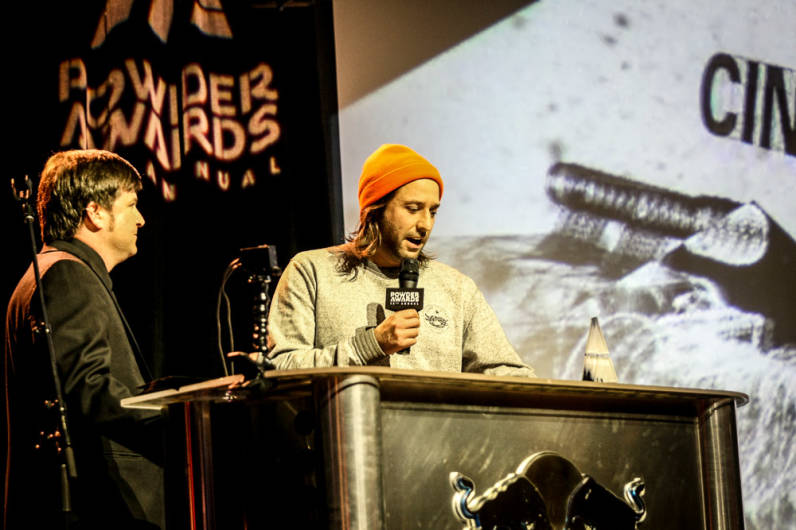 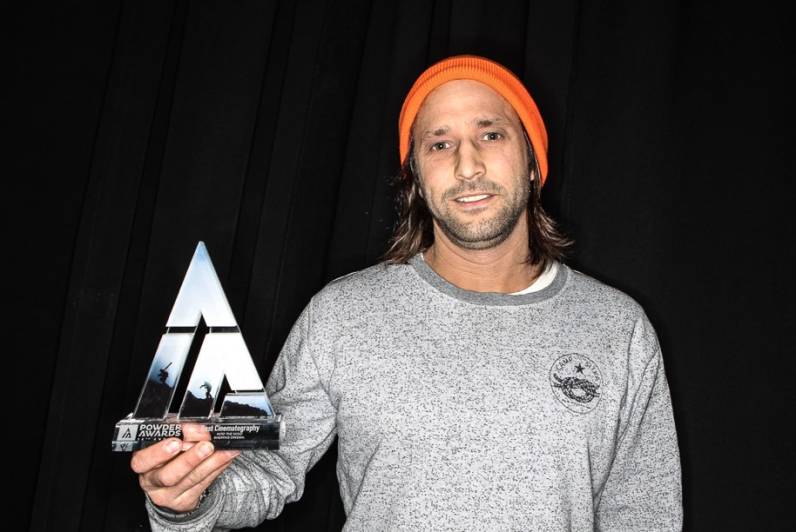 A huge congratulations to Whistler’s Callum Pettit who received two of the event’s most prestigious accolades- Best Line and the Full Throttle Award for his aggressive, hard charging style and off the charts skiing in Into the Mind’s Bella Coola segment.  Callum checked in to let us know that the vibe at the PVAs was high, with lots of friendly folks ready for a good time. “Winning the full throttle award was a huge honour and a big surprise because there are no nominees for that award. I felt like a rock star on a motorcycle riding into the night with a bunch of other rock stars.” 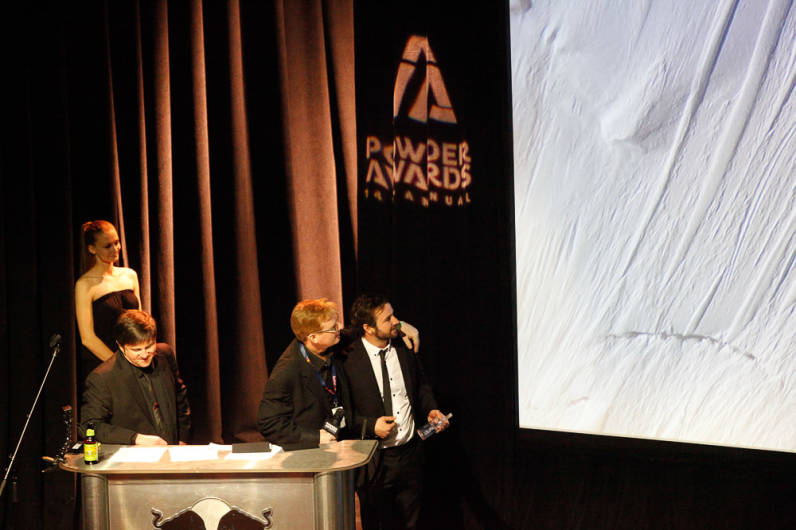 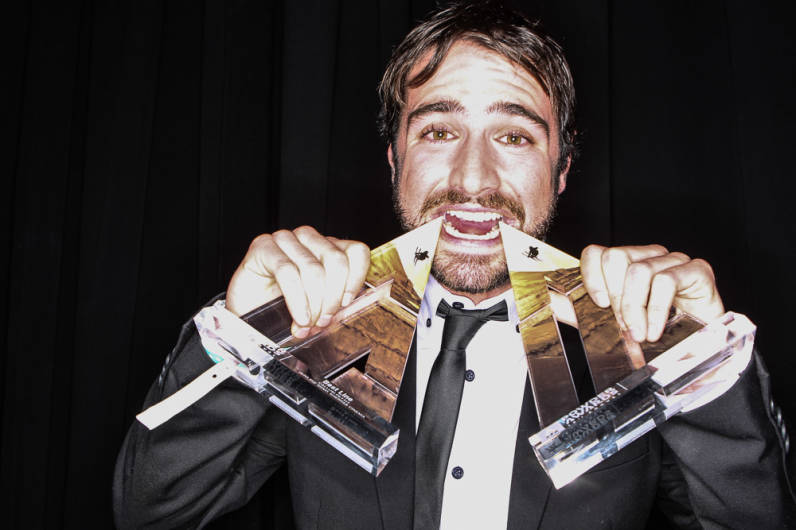 The competition was fierce for Into The Mind and athletes who were honourably nominated for a number of different categories including:

Congratulations to everyone who received an award and a special shout out to the Into the Mind athletes that took home Powder Poll Awards-  Eric Hjorleifson, J.P. Auclair, Mark Abma, Tom Wallisch, Ingrid Backstrom and  Angel Collinson. 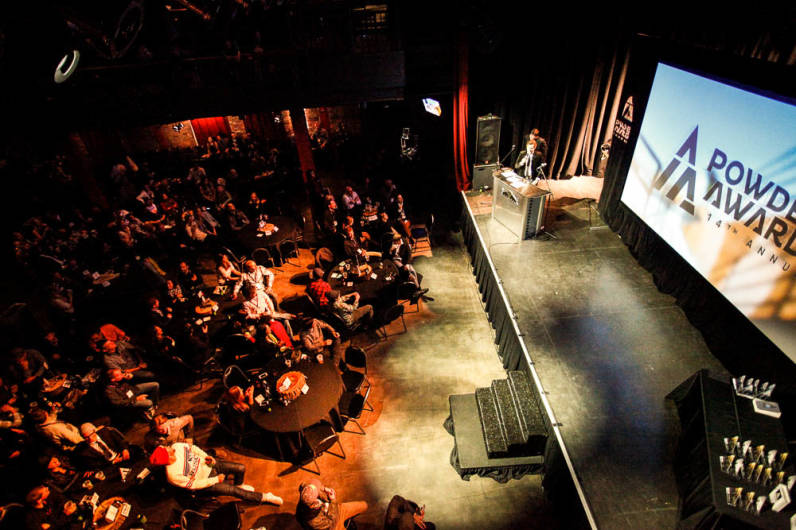 INTERNATIONAL FREERIDE FILM FESTIVAL | CAUTERETS, FRANCE– Just across the pond in Cauterets, France,  the Sherpas were honoured to receive the award for Best Cinematography for Into the Mind at the 9th edition of the International Freeride Film Festival that brought out eleven feature films, three short films, and six hundred plus spectators as well this week.

Don’t forget you could win a week of heli-skiing with Bella Coola Heli Sports and an amazing prize package courtesy of The North Face, Black Diamond, Smith Optics, Go Pro and Teva. Find out more and enter here: http://woobox.com/2mm9e4