March 3rd will be another day that we mark with our hearts, for once again, The Man in the Long Dark Jacket has reached his scythe into our ever-expanding group of friends.

When we were but young impressionable Sherpas, we made the pilgrimage to Valdez, Alaska so we could overwhelm ourselves amongst the jagged peaks of the Chugach Range. Christian Cabanilla had done the same thing a few years earlier and, through the connection of another friend, he took care of us when we got there.

He schooled us on negotiating heli prices, introduced us to the local community and selflessly shuttled us all to the top of Odyssey Peak on his sled. Without the inside beta he gave us on his backyard peaks, our trip would have been far less memorable.

On Sunday, Christian set out for a mission in the Alaskan peaks that had given him so much over ten years of exploring there, and he didn’t come back alive.

The rest of the group did though, and we know that Christian would be pumped on that.

He called those peaks home, whether as a heli-pilot, a guide, or a freerider.

And now he’ll truly be part of them forever.

It was hard not to smile when you were around. 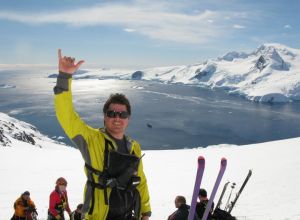 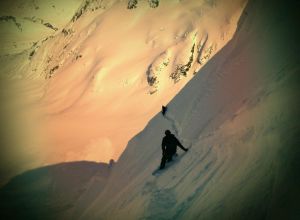 Here’s a quote that Spencer Rae posted on Unofficial Networks, from Christian himself:

The path less traveled is less traveled for a reason – it requires courage to march to the beat of a different drum. Sometimes it can be a lonely trek – because very few will understand why you don’t walk the popular well-trodden path like everybody else. But you know you can’t. Your heart won’t let you. You must be true to yourself. And your regrets will be few. For at the end of your life you will look back at your short journey and with a satisfied smile, quietly acknowledge that it could never have been any other way.