Mid September rolls around and the International Freeski Film Festival (IF3) sneaks up extremely fast.  An alarming reminder to all ski filmmakers to wrap it up, finalize their pictures and deliver.  We were honoured to be chosen once again to return to Montreal and screen at IF3 2013, the last time being on a blustery fall evening in 2011 while screening All.I.Can outside on the Boulevard Saint-Laurent.
The film this time round was a sneak peak of Into The Mind, two weeks prior to its official worldwide release on September 28th.  And as it seems, the film did not disappoint.  Into The Mind was awarded “Film of the Year” and “Best Editing” by the IF3 judging crew.

Co-Director/Athlete, JP Auclair, along with athlete Callum Pettit accepted the awards on the Sherpas behalf. Upon leaving the theatre Auclair was mobbed by a crowd of adoring Montreal locals offering their congratulations. Two weeks later, Auclair was on location in Annecy, France for the second round of IF3 Festival where he accepted three new titles on the Sherpas behalf: Best Cinematography, Best Big Mountain Movie and best Best Freeride Male for Callum Pettit’s appearance in Into The Mind. 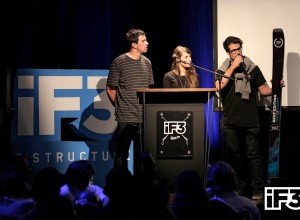 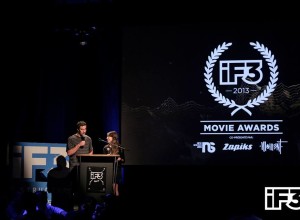 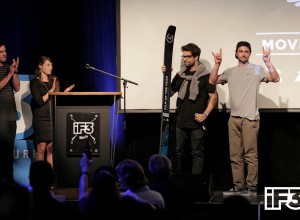 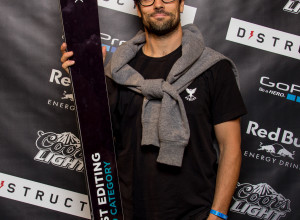 Awarded the “Ski Icon” award as well as a handful for his company Switchback Entertainment, Whistler’s Mike Douglas took in the early showing of Into The Mind while in Montreal.  “As we expected, Into The Mind is an audio visual extravaganza for the senses. There is so much next-level production in the film that it’s impossible to absorb it all in one sitting”.

Into The Mind is available for purchase on Itunes and DVD/BluRay can be ordered on the Sherpas website. The theatrical tour continues with hundreds of stops around the world. Check www.intothemindmovie.com for the full World Tour schedgey, hope to see y’all soon.

The life of a cameraman ain’t so bad. Every now

Just a coupla guys roasting our ugly mugs in the P

14 years ago today, the world lost an incredible m

What you see here is a picture of @natgeo explorer