If one thing is for sure it’s that professional skier Greg Hill is a man for challenges.  He is known for setting the ski mountaineering bar high in his home town of Revelstoke, BC- a place where athleticism and passion for the mountains  runs deep. Having completed various ski touring challenges in the past few years, from beating his own record of ski touring one million feet in a year with a cool two million self propelled feet a few years later, to logging 50 000 vertical feet on skis in one day– Greg will certainly go down as one of the most determined and driven ski mountaineers in history.

Hill’s recent March Madness goal- to ski tour 328 000 feet or 100 vertical kilometres in one month materialized in response to a personal yearn for a full on month of challenge and solid ski touring. Thirsty for adventure, he wanted to not only log vertical (equal to climbing Mt. Everest 11.29 times in one month) but find quality skiing in new zones along the way.  The result? 31 days and 328 052 of grinding uphill through deep snow, sketchy avalanche conditions, unpredictable spring temperatures and 96% epic powder as the tasty cherry on top.

We spent a few of these March days chasing Greg up his uptrack with grand intentions to find out the motivation behind the madness… Unfortunately, doing much more than sucking air into our lungs while trying to keep up was hugely ambitious.  A week in to April and we have finally caught our breath- and caught up with him as he recharges for his next adventure… 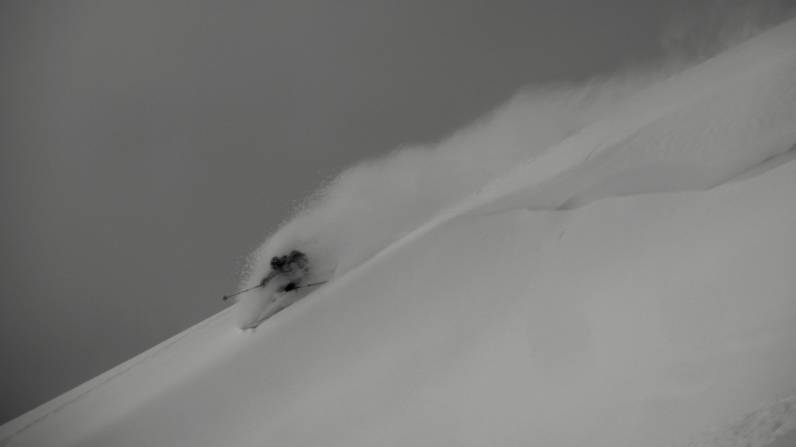 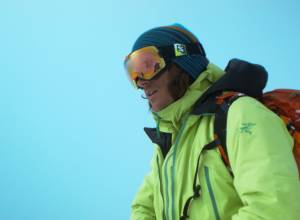 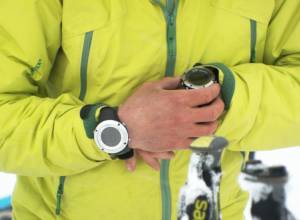 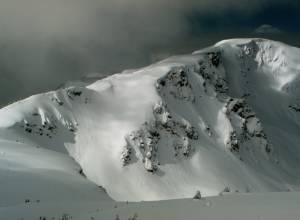 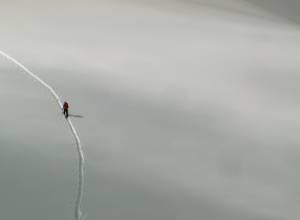 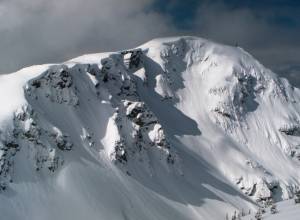 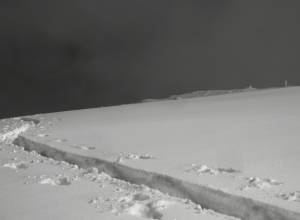 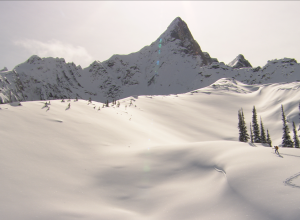 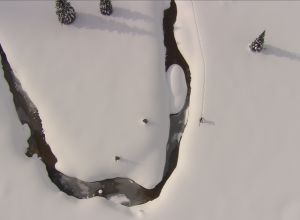 How did March Madness come about?

G.Hill: Life always feels a little too busy and since my 2010 I felt like I had not really had a good month of touring, one where I just went as hard as I could. I have also dreamed of trying to average 10 grand a day for years, in 2006 I tried to do ten 10 thousand foot days in a row, all different. I ended up not completing that goal but knew that I could one day link up 10 for 10.  I also feel that a ten thousand foot day in the backcountry is a full on hard day, when you crest that number you know you have worked hard. So it started with the dream of a 300 thousand foot month, and then when I looked into the metric system and saw that a 100 km was 328 000 ft I decided that would be the goal. It also added  a bit more to my challenge, which  made me wonder if I would be able to complete it.

Have you always been one for challenging yourself?

G.Hill: For sure, my earliest memory of pushing myself physically and mentally was probably being the youngest of 6 kids. I had to try and keep up with all the older siblings. We would go on these epic cross country ski trips through the appalachian hills, in my memory they were eight plus hours long and gruelling. And I had to keep up.

This is the first month long ski touring challenge I have heard of, but the 30 day yoga challenge, 30 day juice cleanse, 30 day bikini bod challenge are so hot right now….  have you ever done any other 30 day challenge?

G.Hill: I did get a pretty good bikini bod in the last month! But no i have never done any other cleanse or weird 30 day challenge, this was my first.

They say it takes a month of consistent behaviour to break old or build new habits. Did you break any old habits during March Madness? Develop any new good habits that you think you’ll continue on with ?

G.Hill: None thank goodness, this was supposed to be a month where I did as much as I could and hopefully never have to go that hard again. So any great habits I developed can be forgotten, like getting up daily before 5 am. and then running uphill for 7 hours a day..

You have completed several impressive ski touring challenges now.  How did March Madness compare to the others?

G.Hill: Each one was unique and required different types of focus and grit. All had serious ups and downs, but more importantly they were challenging and in the end very rewarding. I need challenge and this is why they evolve, I could possibly do more than 2 million feet in a year, but I have already committed to that year and that challenge, and its not one I would repeat too easily. So each challenge is that and once they are done and hopefully complete I can start dreaming of the next one.

Do you find you need to publicly commit to challenges like this help you to see them through?

G.Hill: No I actually do not like the public aspects of athleticism, years ago I could silently do something and then when I completed it, tell the world. These days things have to be more public so that people can follow them. Which is a little stressful as I have never been one to talk about something I haven’t done yet.  At the same time it is really amazing how social medias allow people to become part of the adventure, instead of just reading about something they can actually watch it happen.

You seem to have a pretty awesome crew of skiers supporting your journey. What qualities do you look for in a ski partner especially when you are working towards a specific goal like this?

G.Hill: Revelstoke is a pretty awesome place for partners, there is a core of very experienced and driven ski tourers. This goal, was spent mostly solo but I would try and attempt the bigger lines with people. So i would head out early, get the skin track in, ski a sweet 3000 foot lap, meet up with my buddies, climb and shred a line or two with them. They would head home and I would probably pull in a few more thousand feet afterwards.  What I look for in partners is a variety of things but obviously fitness is one of them, a good mountain sense, also a similar risk tolerance. But more often than not is just a passion for adventure.

G.Hill:  Sooo much powder, it was a goal with 96% amazing powder.

How about March Madness Lowlights?

G.Hill: Psychological lows at the start when the weather was warm, the skinning super hard, mad clumping and wet. But really the lows was when I pushed the line of safety trying to set a skin track that I could re-use, instead of the safer boot pack up the ridge. Part of my skin track was taken out by a class 2 avalanche that we remote triggered. Realizing that I was compromising the safety of my friends.

How did the snow and avalanche conditions this year affect your progress?

G.Hill: It was a sketchy month for avalanches. Initially it was a huge cycle that went through, which is easy enough to gauge and understand. Avalanche paths went bigger than they had in the last 30 years. After that it remained a sneaky instability. One that was hard to predict. Lurking and whumffing  when you least expected it. I remote triggered 2 large slides, and ski triggered a few also.

Sounds like there was a lot at risk to complete this challenge. What was the Biggest thing you gained from it all?

G.Hill: A knowledge of my personal limits. and a feeling of satisfaction having pushed myself harder and further than before.

What was the biggest obstacle you had to overcome to complete this challenge?

G.Hill: My body and its limits, the deep snow ( which was also the biggest reward)

When the going got tough, what did you rely on to power you through?

G.Hill: My stubbornness and desire to find my limits. I have an internal coach that is ruthless with me, lots of swearing at myself for undertaking such a stupid goal.

Do you have any daily rituals to keep your body happy and fit for the next push?

G.Hill: A huge smoothie upon getting home, stretching on the rug, dinner and repeat.  A day off every five days for my mind to recharge and the knowledge that a month goes by quickly.

Describe the feeling of being done in one word.

Anything else you want to add?

G.Hill: I feel that life is short and needs to be maximized and that we should always push our personal boundaries. To do things that we are uncertain about.  Pushing yourself beyond your known limits allows you to understand yourself more. Also to spend so much time alone is something we all need to do. In this time of connectivity we rarely have enough time for ourselves, spending lots of a lone time is great.

Cheers to that Greg. Thanks for inviting us to tag along and congrats on the successful completion of March Madness! Follow Greg’s adventures – www.greghill.ca