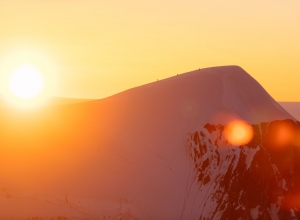 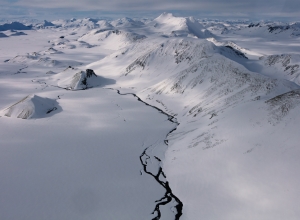 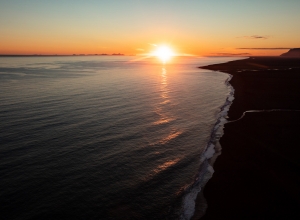 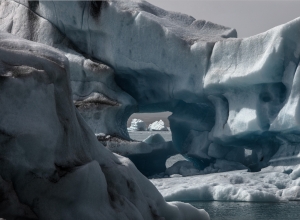 All photos by Dave Mossop

How do you do justice to one of the most beautiful countries on the planet? The easy answer is to mount a state-of-the-art camera on the nose of a helicopter and fly over the place’s most iconic locations. And that’s a great start. But there’s more to it than that.

You need to work with the local community to weave the country’s heritage and unique culture into the story that you’re capturing.

Then you work with an insanely talented team to turn that story into a completely immersive film experience that, quite literally, blows the hair back of anyone who straps into the fully-customized, dangling seats and watches it on the 70-foot spherical dome screen. 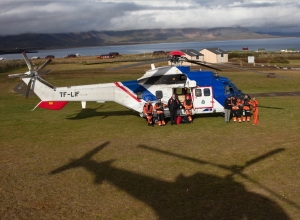 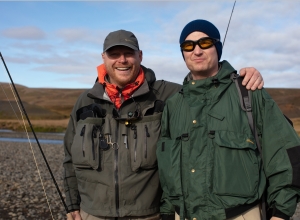 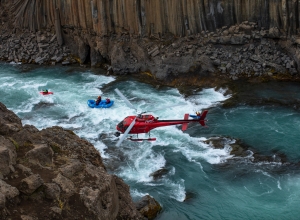 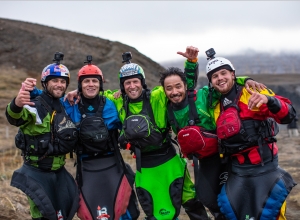 That’s right. With the FlyOver Iceland experience, your floating chair is launched out toward the massive screen and then moves in concert with the flying footage, all while wind, mist and scents hit you in the face!

Shot on RED Monstro large-format and a SHOTOVER helicopter nose mount, the maximum resolution (8K/60fps) fisheye footage shows Iceland in all of its glory. Iceland’s landmarks, even the most inaccessible ones, are captured in maximum resolution and shown in a downtown Reykjavik, custom-built theatre that’s an architectural masterpiece unto itself.

The ride is a soaring, five-dimensional experience that takes you across glaciers, through fjords, overtop waterfalls and alongside Iceland’s otherworldly coastline. In short, the attraction gives you a bird’s eye view of one of the most incredible countries on the planet. 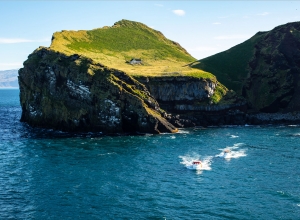 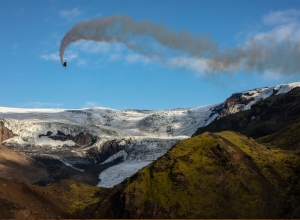 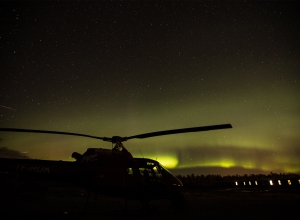 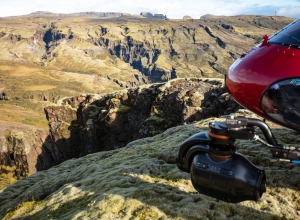 “The helicopter pilot is the eye of the bird as you move through this place,” says Sherpas Director Dave Mossop, who coordinated the Aerial Cinematography for the show.

Dave’s been working alongside Creative Director Rick Rothshchild, the mastermind behind over 25 separate Disney attractions and a veteran from the film industry.

Of course the only way to make big things happen is to work with an incredibly talented team. And thanks to the crew of humans who worked so hard on this project, the end result is a one-of-a-kind experience that truly and authentically immerses people in the unparalleled beauty of Iceland.

And the team is hugely honoured to have had the film scored by members of the world renown, ethereal rock band, Sigur Rós, and we’re blown away by the beautiful music that they added to this incredible footage of their homeland. It’s been such an incredible opportunity to work in this bleeding edge format, with some of the world’s most advanced and technologically savvy cinema creators in the world.

There’s also a two-part preshow to the experience that delves into the history, mythology and the impacts of both humankind and nature on this ancient land. You’ll meet an Icelandic storyteller in “The Longhouse” which is where The Moment Factory, a team of wold-class projectionists, bring the storyteller’s tales to life. Then, in “The Well of Time”, you’ll be taken on an immersive journey through Iceland’s history by SúVitra: “a character based on local troll legends that has been custom-designed by beloved illustrator Brian Pilkington.”

FlyOver Iceland opened in Reykjavik in fall 2019, and since has been making an impression on visitors and locals alike.

And from now until May 3rd, 2020, it will also be screening at FlyOver Canada, in Vancouver.

Wanna learn more? Watch the “Making Of” series below…

We hope this project can help inspire people to protect the unique and fragile landscapes of Iceland. Please support efforts toward the formation of the Iceland Highlands into a National Park, and turning Vatnajökull National Park into a UNESCO World Heritage site.

“Just fantastic. One of the best experiences of my life! Just the right amount of information mixed with the history and thrill of the ride. Definitely one to do while here in Iceland.”

“Fantastic must visit attraction in downtown Reykjavik. Family orientated and informative. Travel all over the island and through time and space from start to finish. Spectacular. Wish I had one of these for my own country!”

“This is not a soulless touristic attraction. This is absolutely incredible. A must-go. I recommend you go at the end of your trip in order to not spoil what you haven’t seen and let you know what is still there to see”

“Probably the best thing you can do in Iceland. Being from Iceland I saw things that I never have seen before. It was absolutely amazing. Fun experience that doesn’t take so much of your time. I would recommend even going twice!!! It is worth it! It makes me want to drive around and explore more of this beautiful country.”